Highlighting 17 prominent tech experts from history and today who are working to bring more diversity into tech.

It’s time to talk about a tough topic. The tech industry has a serious diversity problem.

And employees are taking notice. mthree did a survey of 2,030 workers between the ages of 18 and 28 conducted in 2021, the company found that 68% of respondents said they have felt uncomfortable in a tech role because of “their gender/ethnicity/socioeconomic background or neurodevelopmental condition.”

While these numbers are discouraging, it’s important to remember that many people are working hard to affect change and bring more and more dedicated nonwhite experts to tech. That’s why we’re highlighting 12 prominent tech experts you may not know from history and 5 who are working to bring more talented people of color into the world of tech. 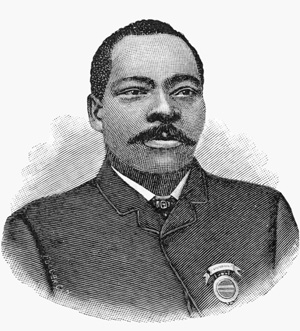 Known as “Black Edison,” he invented 15 different appliances for the electric railways and held nearly 60 patents at the time of his death. His most notable invention was the multiplex "induction telegraph,” which allowed people to communicate by voice over telegraph wires which ultimately prevented train accidents.

Woods’ title as "Black Edison” has quite the story behind it. When Woods created the multiplex telegraph, Thomas Edison tried to sue Woods. When that failed, Edison tried to make Woods a partner. Woods refused, earning him his nickname. 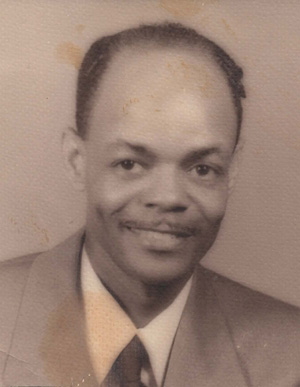 A native of Dallas, Texas, Boykin graduated from Fisk College in 1941. During his professional life, he began work with the Majestic Radio and TV Corporation and later worked at P.J. Nilsen Research Laboratories.

Boykin was a prolific inventor who had 26 patents by the time of his death. His most notable inventions include a wire precision resistor used in televisions, radios, IBM computers, and even in military missiles. Perhaps one of the most notable uses of his work, however, was his control unit for the pacemaker. This invention allowed the pacemaker to be more precisely regulated. 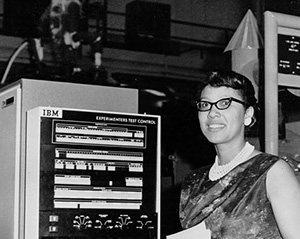 In the wake of the movie, Hidden Figures, groundbreaking mathematicians Mary Jackson, Katherine Johnson, and Dorothy Vaughan are finally getting the credit they’re due for calculating the equations that let men like Neil Armstrong get to space.

Melba Roy Mouton is another prominent mathematician whose work was essential at NASA. She served as one of NASA’s human, “computers,” beginning her career as a mathematician and working her way up to being Head Computer Programmer and thenProgram Production Section Chief at Goddard Space Flight Center. Roy's computations helped produce the orbital element timetables which allowed millions to see the satellite from Earth as it passed overhead. 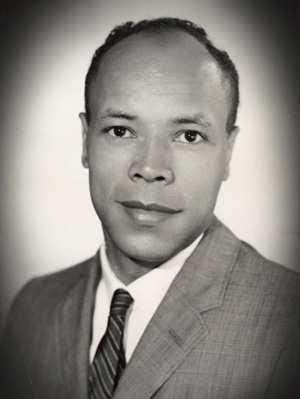 Meredith Charles "Flash" Gourdine was a triple threat as an athlete, engineer, and physicist. One of his earliest accomplishments was winning a silver medal at the 1952 Summer Olympics in Helsinki. He earned his bachelor's degree in engineering in 1953 and a doctorate in engineering from the California Institute of Technology where he worked at the Jet Propulsion Laboratory.

In 1994, he was inducted into the Dayton, Ohio Engineering and Science Hall of Fame. Later, he would serve as a Trustee of Cornell University and be elected to the National Academy of Engineering. 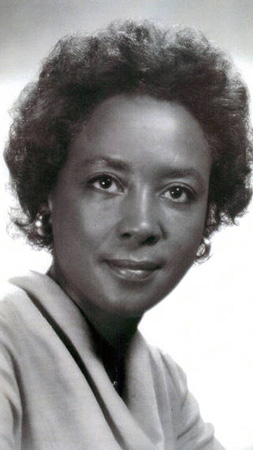 Easley began her career as one of four black employees at NASA (then named National Advisory Committee for Aeronautics or NACA) in a squad of 2500. She became a leading member of the team that developed the software for the Centaur rocket stage. It’s important to note that this was all during a time when she had to navigate Jim Crow laws to be able to vote. She passed and helped others prepare for the onerous “literacy test.”

During a career that spanned three decades, she developed and implemented computer code that analyzed alternative power technologies, supported the Centaur high-energy upper rocket stage, and identified energy conversion systems and alternative systems to that were used to solve energy problems 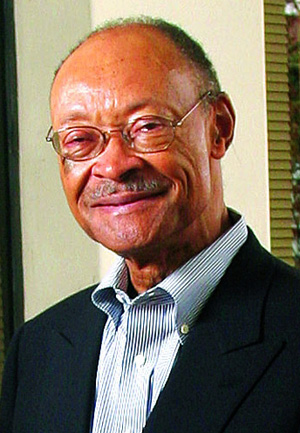 Standing alongside tech giants like Robert Noyce, David Packard, William Hewlett, and the Varian brothers as one of 63 inductees into the Silicon Valley Engineering Hall of Fame, Greene is often hailed as one of the “first black technologists.” Greene grew up in the highly segregated St. Louis of the 1950s, where he said, "making it through life was a civil-rights activity in itself.”

He was the first black cadet to make it through U.S. Air Force ROTC program in 1961 and later became an Air Force captain. His career also included developing high-speed semiconductor computer-memory systems at Fairchild Semiconductor R&D Labs in the 1960s and starting two technology companies. Later, he founded NewVista Capital, a venture firm focused on firms led by minority and female professionals. 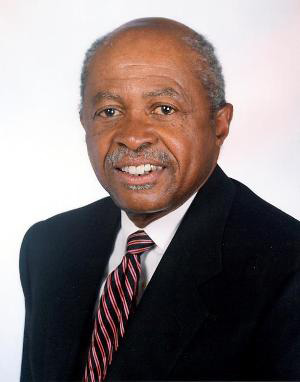 Known as the “Godfather of Silicon Valley,” Clay grew up in Ferguson, MO and became one of the first men to attend Saint Louis University in 1946. He graduated in 1951 with a Bachelors of Science in Mathematics. He started his work in computer programming in the fifties, back when computers took up entire rooms where he worked on writing software that demonstrated how particles of radiation would spread through the atmosphere after an atomic explosion.

In the early 1970's, during the birth of modern Silicon Valley, a venture capital firm selected Mr. Clay as a computer consultant. He became a key figure in the development of Hewlett-Packard's computer divisions and actually led the team that engineered HP's entrance into the computer market. 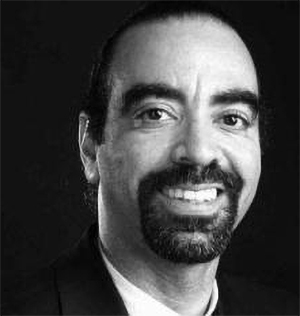 If you liked the graphics in a major motion picture in the late 80’s or early 90’s, you have Marc Regis Hannah to thank. An electrical engineer and computer graphics designer, Marc Regis Hannah graduated from the Illinois Institute of Technology before earning his MS and PhD from Stanford University in 1978 and 1985 respectively.

He co-founded Silicon Graphics in the 1980’s and was named the company’s principal scientist. They went on to create programs used in movies like Jurassic Park, Aladdin, Beauty and the Beast, The Hunt for Red October, and Field of Dreams. This technology was later used by George Lucas’ Industrial Light &amp; Magic to create Terminator 2. 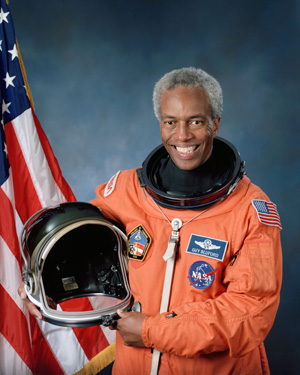 Best known as the first “African American man in Space,” Bluford was actually a decorated Air Force pilot in the Vietnam War long before he ever joined NASA. He flew 144 combat missions and received several medals including the Vietnam Cross of Gallantry with Palm.

Bluford became a NASA astronaut in August of 1979 and made history as a mission specialist for the Challenger launch in 1983. He made a second trip to space in the 1980’s before the tragic Challenge explosion of 1986. After which, Bluford received an MBA from the University of Houston, Clear Lake. He returned to space in 1991, completing 134 orbits in 199 hours. He returned to space one last time aboard the Discovery. 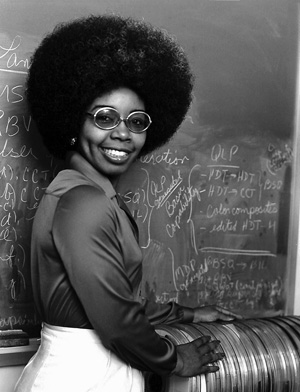 Do you like seeing images from the vastness of space? If so, it’s Valerie Thomas you have to thank for it. From 1964 to 1995, Thomas worked for NASA where she developed computer data systems, conducted large-scale experiments, and managed various operations, projects, and facilities.

While managing a project for NASA’s image processing systems, Thomas’ team spearheaded the development of the first satellite to send images from space. The technology developed by Thomas is used by NASA to this day. Scientists are currently exploring how to use this in surgical tools and even television and video. 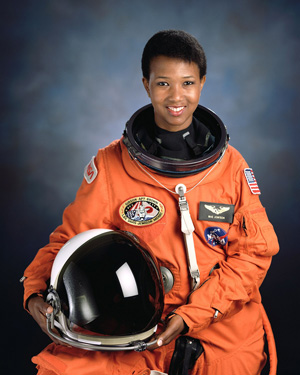 Less than 10 years after Bluford’s first foray into space, Mae Jemison became the first black woman to go into space. Truly a renaissance woman, Jemison completed medical school and then served in the Peace Corps from 1985-1987.

Inspired in part by the performance of Nichelle Nichols as Uhura in Star Trek, Jemison applied to NASA in 1983. After being slightly delayed by the tragic Challenger explosion, Jemison was accepted and flew her only space mission in 1992, as a Mission Specialist on a cooperative mission between the United States and Japan. Over her storied career, she has worked as a dancer, writer, philanthropist, and the only real-life astronaut to ever appear on Star Trek. 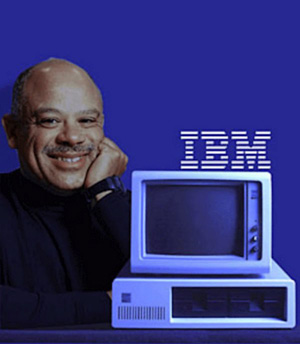 Gifted early on, taking advanced math courses in elementary school, Mark Dean is one of the most prominent black inventors in computer science. With a bachelor's, master’s and PhD in electrical engineering, he began his work at IBM in the 1980’s and was instrumental in the creation of the Personal Computer (PC) with three of IBM's original nine PC patents. Through his career, he has helped IBM make instrumental changes in the research and application of systems technology from circuits to operating environments. One of his most recent inventions came while leading the team that produced the 1-Gigahertz chip.

Despite the fact that diversity in the tech field leaves much to be desired, there are a multitude of dedicated professionals working hard to reverse this trend and bring new talent into the fold.

If you’re looking for inspiration, this list of 200 black women in tech is a great addition to your Twitter feed while reading up on these 14 black tech leaders to watch is sure to provide much needed-inspiration. 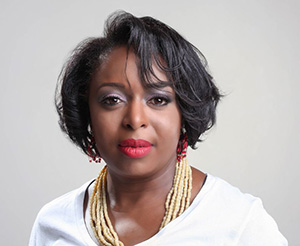 An electrical engineer whose career has touched everything from electrical companies to biotechnology, Bryant is working hard to increase the number of women of color in STEM fields with her company Black Girls Code.

The program teaches computer programming to school-age girls in after-school and summer programs with the goal of teaching one million black girls to code by 2040. Bryant was recognized as a White House Champion of Change for Tech Inclusion in 2013 and voted one of the 25 Most Influential African-Americans In Technology by Business Insider. 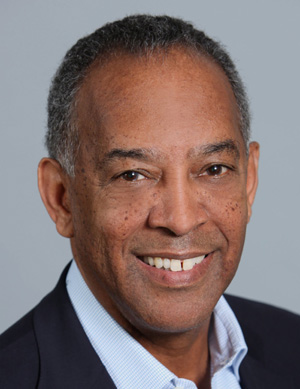 With an impressive resume that includes working for companies such as IBM, Symantec, and Microsoft, Thompson began his career as a salesperson at IBM and rose to become general manager of IBM Americas over his 28-year career.

Today, he has become influential as a board member of Microsoft and major investor in tech. His focus? Increasing diversity and stopping hackers dead in their tracks. 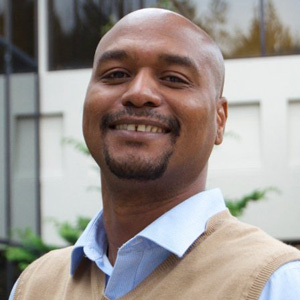 A father and founder of the nonprofit HERE Seattle, Eric Osborn’s goal is to create paths to tech for young black and Latino boys the way many other programs are doing for young girls. The initiative aims to reach boys who are underrepresented in the tech field and underserved by other programs. 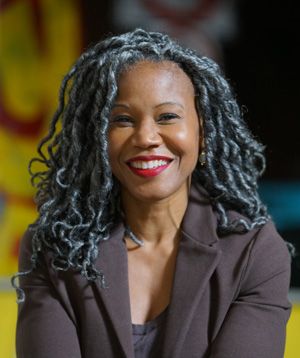 Majora Carter was named one of the 100 most creative people in business by Forbes in 2010. Today, she continues her focus on urban revitalization and her other passions within New York City’s software development community.

Carter is the co-founder and CEO of Start Up Box: SouthBronx, which strives to increase opportunities for the South Bronx community to be a part of the tech economy. 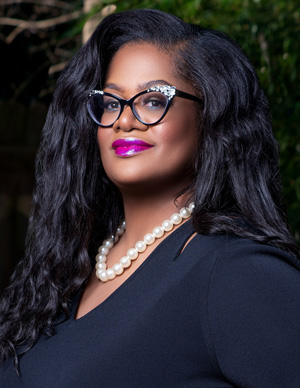 Kathryn is an American author, researcher, investor, entrepreneur, innovator, and businesswoman. She was named one of the most influential women in tech by Inc Magazine. She is the CEO & Founder of Genius Guild, a $20 million venture fund and studio that invests in Black founders. She also founded digitalundivided that’s mission was to help Black & Latina women own their work.

It’s important to remember that though tech may have a diversity problem, it’s never been because of a lack of talent, expertise, or know-how from black professionals. From inventors to astronauts to venture capitalists, black tech experts will continue to make a huge impact on the industry from now into the future. As the skills gap continues to grow in tech, it’s time to make a change and do more to encourage talented professionals from all backgrounds into the fold.

Your Fast Track to a World of IT Careers